Basically, the competition itself will be: the Team that can eat the most Buffalo Dirt wings in 6 minutes wins! But, we’re going to make it a bit interesting. Each team should pick their fastest “eater” as the Team Anchor. The other 4 team members will eat 4 wings as quickly as they can and then the Team Anchor can eat as many wings as possible with the time remaining. It’ll go like this:

All 4 team members (excluding the Team Anchor) will eat 4 wings as quickly as they can, simultaneously. When all 4 members have finished their 4 wings, the Team Anchor will begin and eat as many wings as possible with the time remaining. If you participated last year, you’ll notice we changed it up a bit, after receiving great feedback from the teams and audience.

Why are we doing it this way? Even if you aren’t the faster “eater” around you can still be on a team; the key is the Team Anchor. So your team can have many different types of members – who only have to eat 4 wings fairly quickly – while the Team Anchor should be fast. Families are encouraged to enter!

NO PROFESSIONAL EATERS. There will be some prizes for the winners, but this event is really about fun and the charity, so professional eaters are not allowed. Previous “Champions” are excluded from participating.

Got it? Okay, here’s some additional info:

Any questions? Leave them in the comments and we’ll get back to you, or email nikki [at] jtimothys.com. Thanks for your interest; we are so excited for this event! Last year’s event raised over $11,000 for Make-A-Wish, which allowed a child and his family to visit Disneyland. Let’s do it again!

P.S. Don’t hesitate to start practicing; grab some wings to-go or come on down to J. Tim’s and practice right at your table. Bring your stopwatch. 🙂 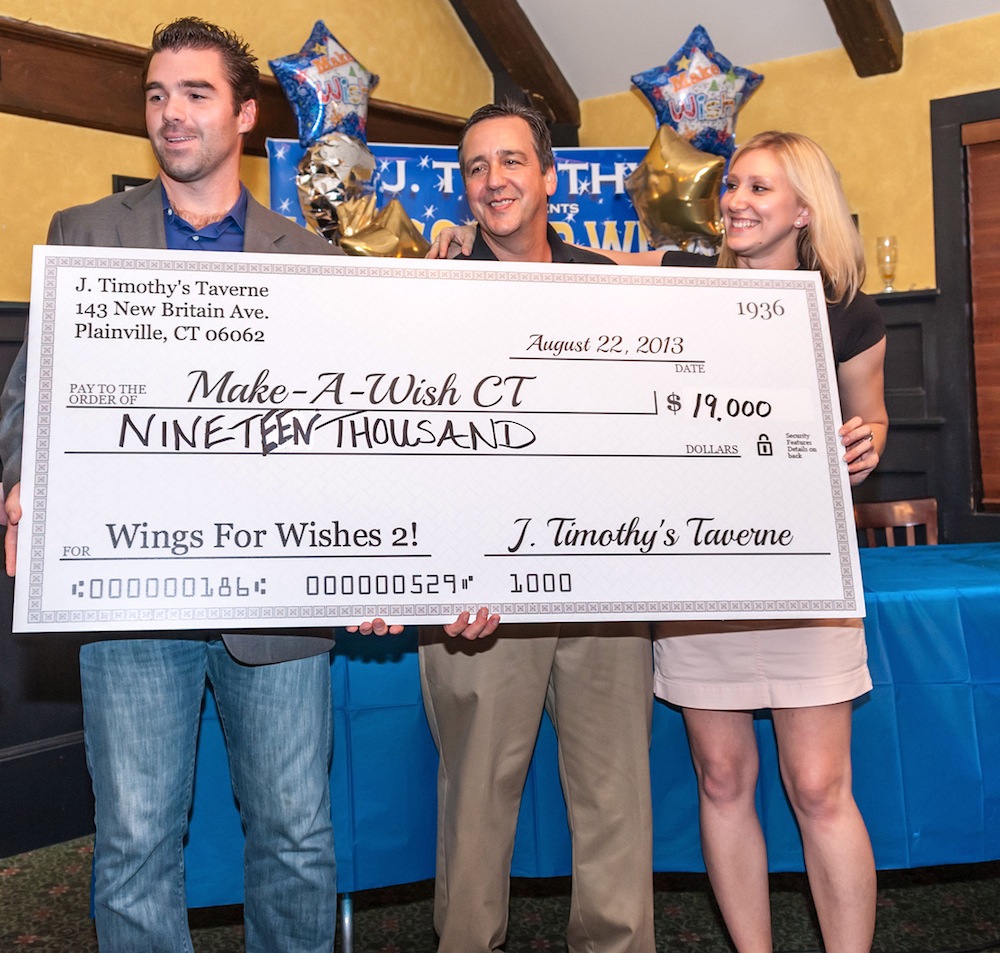